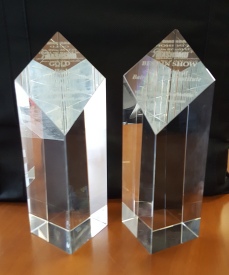 Back in September, we launched a new website and advertising campaign to promote our Image-Guided Tendon Treatment, as a better alternative for pain relief for conditions such as plantar fasciitis, tennis elbow and other tendon issues. The new website, RelieveMyFoot.com, shows an animated character who goes to great lengths to avoid foot pain, including traveling by balloon and being shot out of a cannon.

Created by our advertising agency ndp, and animator Studio Flatlands, the use of a cartoon character to illustrate the pain of plantar fasciitis, and an effective way to relieve it, is unusual, says VCU Health’s Geoff Chestnut.

“We decided that we wanted to pursue something a little more creative than the usual austere and authority driven medical marketing that one so typically sees in the environment today,” he said. “The idea of showing doctors in white coats with smiling patients did not seem to be an approach that would stand out. ndp suggested using animated graphics and interactive, online multi-media components that could easily translate into more traditional forms of marketing such as print, and we’re excited about the results.”

“We wanted each viewer to have an ‘I can relate’ moment when they saw our work,” explained ndp Creative Director Jason Anderson, which is why they compared the pain of plantar fasciitis to stepping on tacks, tiny land mines, and hot coals.

The website recently won a Gold and Best In Show award at the MASHSMD (Mid-Atlantic Society for Healthcare Strategy and Market Development) conference.

Our Image-Guided Tendon Treatment goes beyond conventional therapies such as ice, rest, stretching and steroid injections and works by removing the damaged tendon tissue so that a natural healing process can occur. Unlike traditional surgery, this minimally-invasive process can be completed in around 20 minutes and requires no general anesthesia. For those suffering from the chronic pain of plantar fasciitis, this is good news, say Chestnut, and the new website and advertising materials help explain it.